She Rides Zero to Hero Ready to Launch

Finding time to herself in her early 60s was both a blessing and a curse for Michelle Yeatman. The mother of two and busy Cancer Care nurse rarely had time to relax, let alone pursue her own interests and hobbies.

Once her children had grown up, she and her partner started to enjoy caravanning with friends. Often her social group would take off riding their bikes once they reached a destination, which was an activity that Michelle was unable to join in on as she hadn’t ridden a bike in years and wasn’t comfortable to head out with them.

Her partner convinced her to get an e-bike to join the group but there was just one problem - she didn’t know how to ride it!

Michelle represents a large proportion of women who either never learned to ride a bike as a child or haven’t ridden in so many years that their confidence is low and they don’t know where to start.

Over the next four months Michelle will join four other women, each with their own barriers to bike riding, to undertake AusCycling’s Zero to Hero campaign. The campaign will follow the journey of five women as they learn to ride and gain confidence, with the aim of undertaking a 50km Heroes ride in October.

Under the guidance of mentor and coach Jules Verheyen, the five women will learn the confidence and skills to ride their bike, along with training for the 50 km distance. 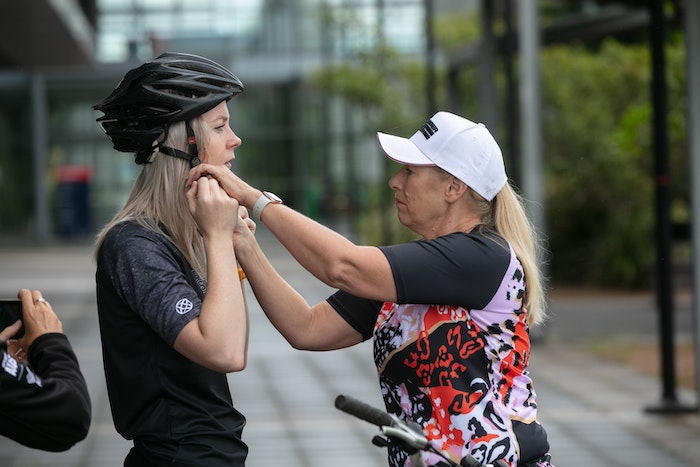 Each of the heroes have their own barriers and needs in building their confidence on the bike. Alongside Michelle there is:

Natalie who wants to provide positive role modelling to get out to ride with (and keep up with) her young sons;

Ali who is managing Charcot-Marie-Tooth disease (CMT) disability, which affects her physical ability and fatigue;

Zoe who had an accident on the road and is struggling to regain her confidence;

and Piper who is upskilling to create a base to be able to complete the heroes ride distance.

AusCycling’s Zero to Hero campaign will follow the journey as our five Heroes overcome their barriers and share their experience.

Supported by NSW Government, the campaign is designed to encourage women to find their entry point to bike riding, whether it is learning from the start or reconnecting with a social group.

During October, in support of National Breast Cancer Awareness month, there will be activations across NSW that support women to get on their bikes. 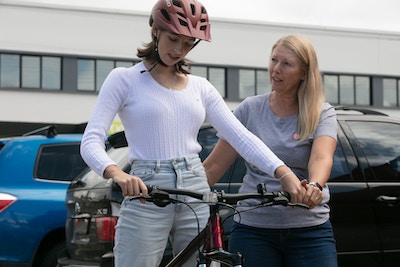 She Rides Zero to Hero

The Importance of a Mentor